Enough with the vegetables already.  I am ready for something decadent and downright bad for the hips.  Well, the recipe I settled on doesn’t quite fit that description but my curiosity about the crazy Facebook sharing cookie got the better of me.  I know you’ve seen it:

Yep, this is it. I had some over-ripened bananas in the freezer I wanted to use up, so I thawed them and went to work. 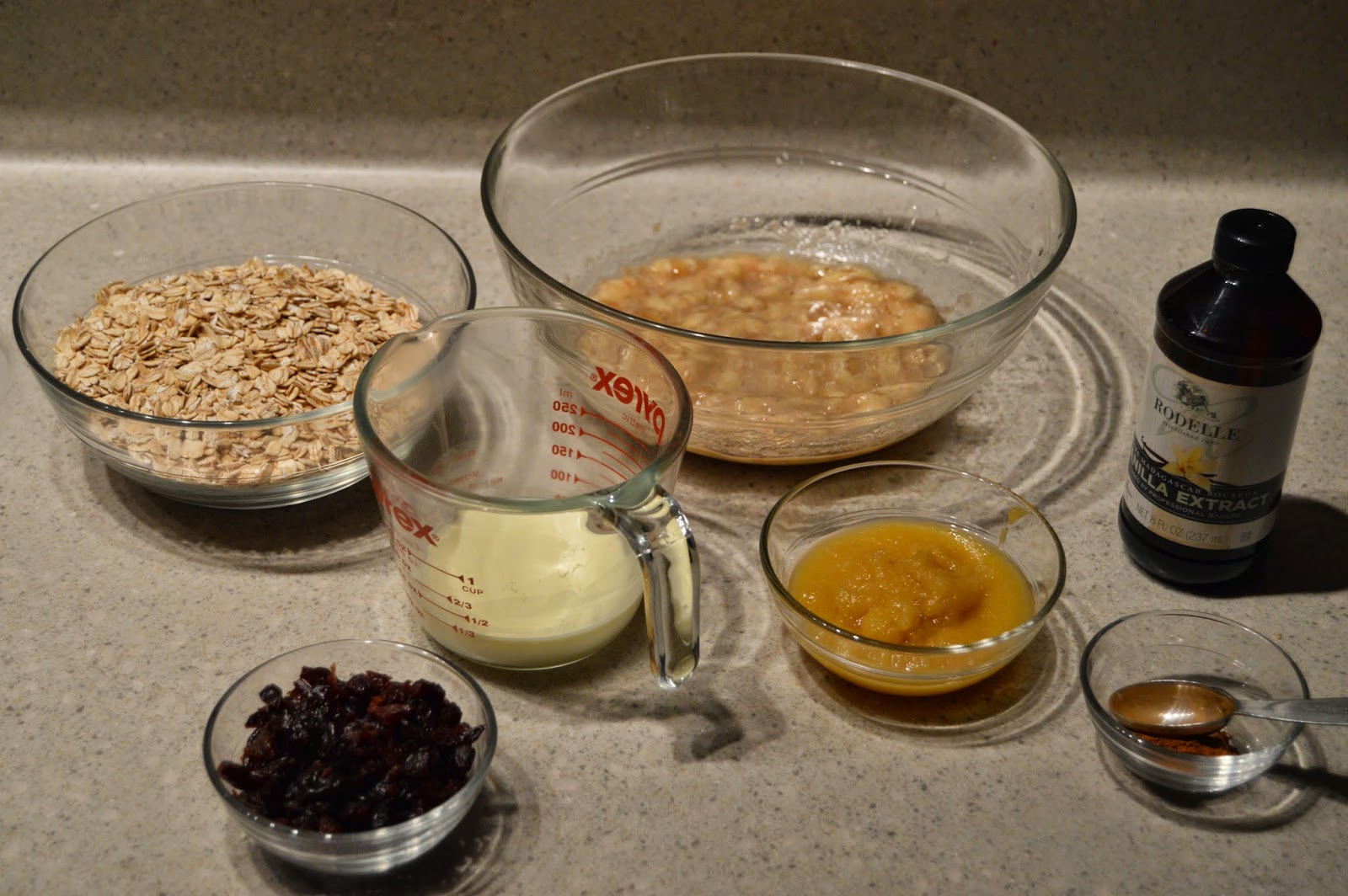 I gathered the oats, bananas, vanilla, cinnamon, applesauce, milk, and chopped cherries. I used raw, cow’s milk instead of the almond milk and cherries instead of raisins. I combined all of the ingredients and stirred until well combined.  It was very wet. 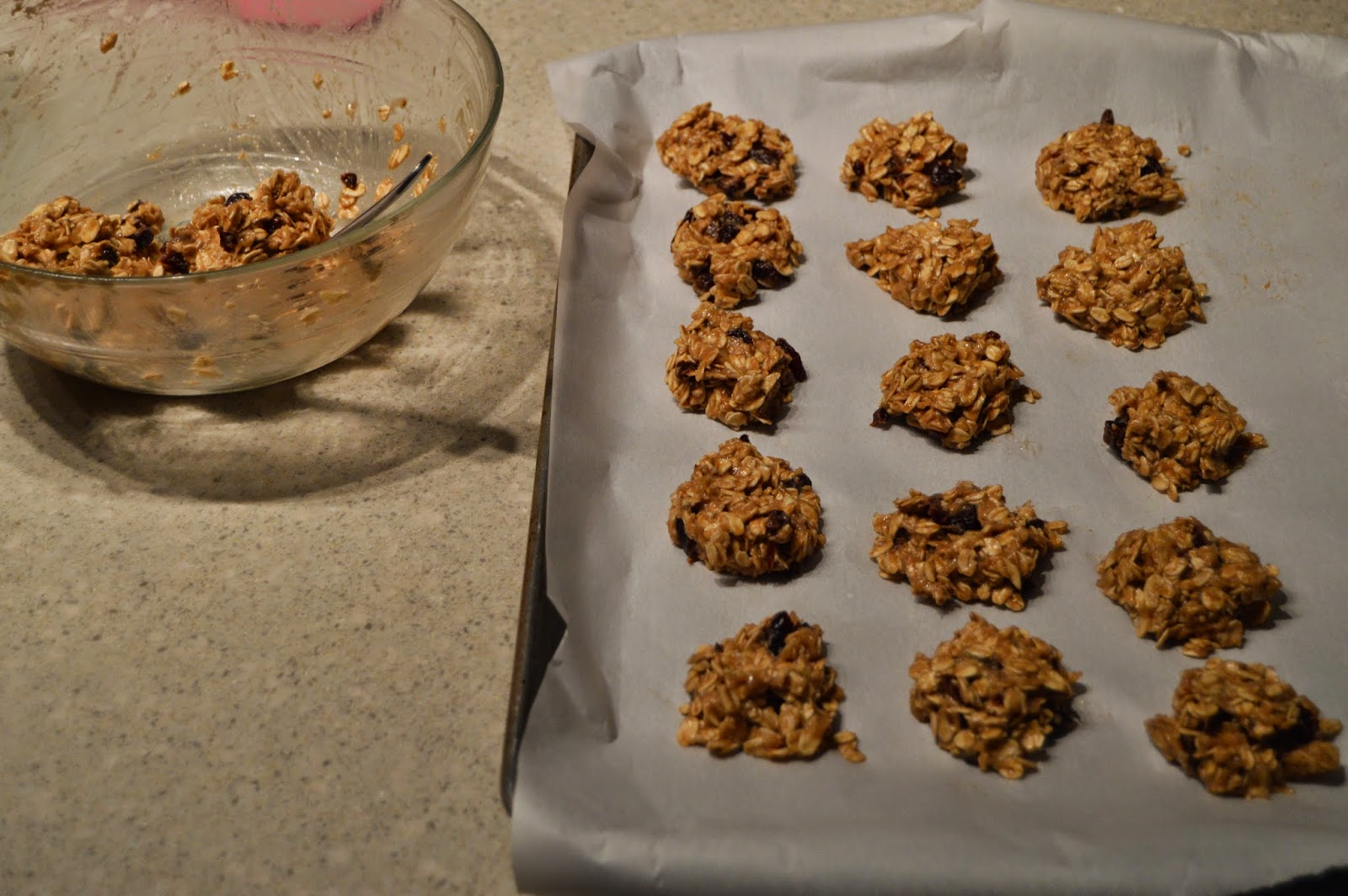 No directions for this, so I just dropped teaspoonfuls of mixture onto parchment paper. I baked for 7.5 minutes, changed racks and baked for 9 more.. Hard to know when they are done, but I pulled them out when they became a little golden and left them on the pan for ten minutes or so before switching them to a wire rack. 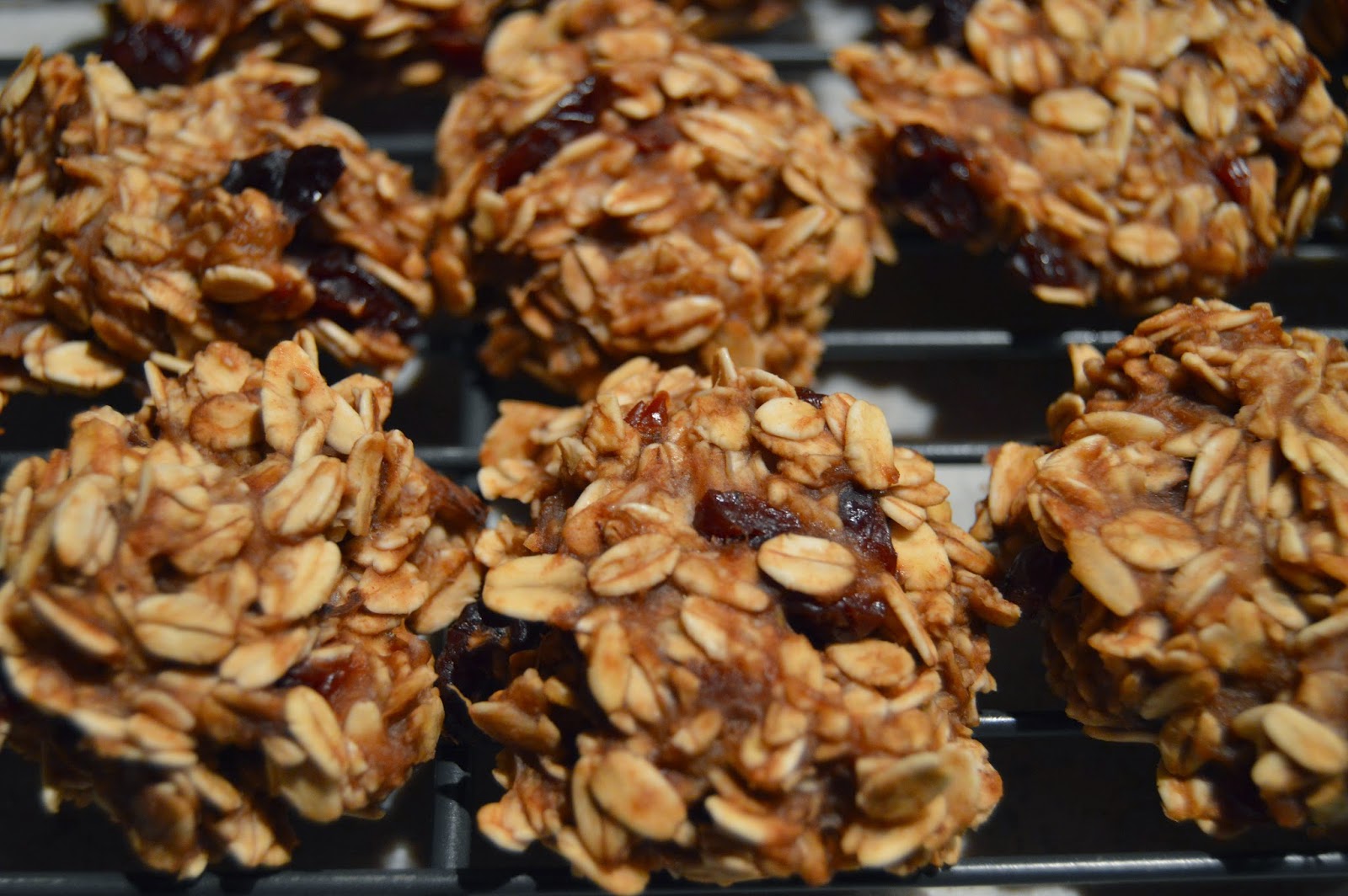 What do I think of these? Where’s the fat?  The recipe is so worried about adding too much sugar, they forgot about a little fat for binding. Replace the almond milk with almond butter or peanut butter and then you might have a good, good-for-you cookie.  So many great recipes out there for raw cookies, it’s really unnecessary to turn the oven for this type of cookie.

I won’t be sharing this Facebook recipe on my wall.