It’s Sunday, and I have veggies in dire need of being used in one recipe or another–quickly. If they don’t get used today, the chances of me having enough motivation to whip something up during the week is very slim.  It’s gotta be today.

Hubby grilled up some eggplants from the garden this morning, and since I hadn’t made my signature eggplant dish yet, today looked like a good day to do that. I’ve been making this dish  for many years(the date on the Prevention page is 1999)with whatever type of eggplant we decided to grow that year. The dish comes together fairly quickly, and I get to use up a pound of eggplant and a couple of tomatoes.  And the fact that it’s tasty and only 172 calories/serving may be a few more reasons why I throw this dish together more than once every summer.  I had to make a few adjustments today since I did not have ricotta cheese or the type of yogurt it calls for.  This is an old recipe so the Greek yogurt consistency is probably not what the recipe intended. I used a cup of my homemade, Greek yogurt with a half of cup of raw milk buttermilk. I know, I know, but I am trying to use ingredients I have on hand. 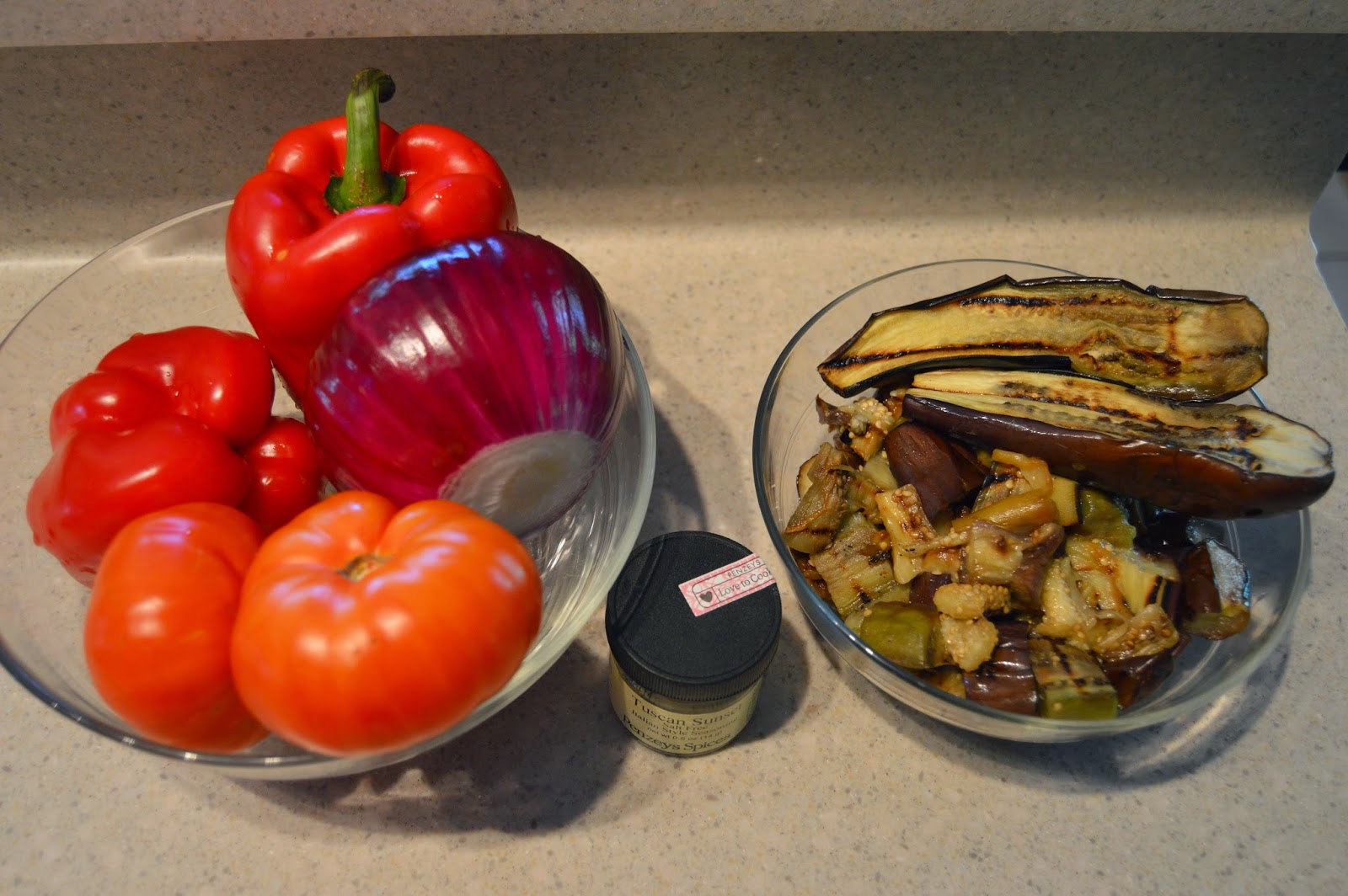 You need an onion, a red or yellow bell pepper, two tomatoes and two cloves of garlic.  If you are using fresh eggplant, cut in chunks, salt and drain the water from the eggplant for 30-45 minutes. I grilled the eggplant until the meat collapsed and that took enough of the moisture out without the salt. I have a little jar of Penzeys Tuscan Sunset(salt-free), and I used that in place of the marjoram. 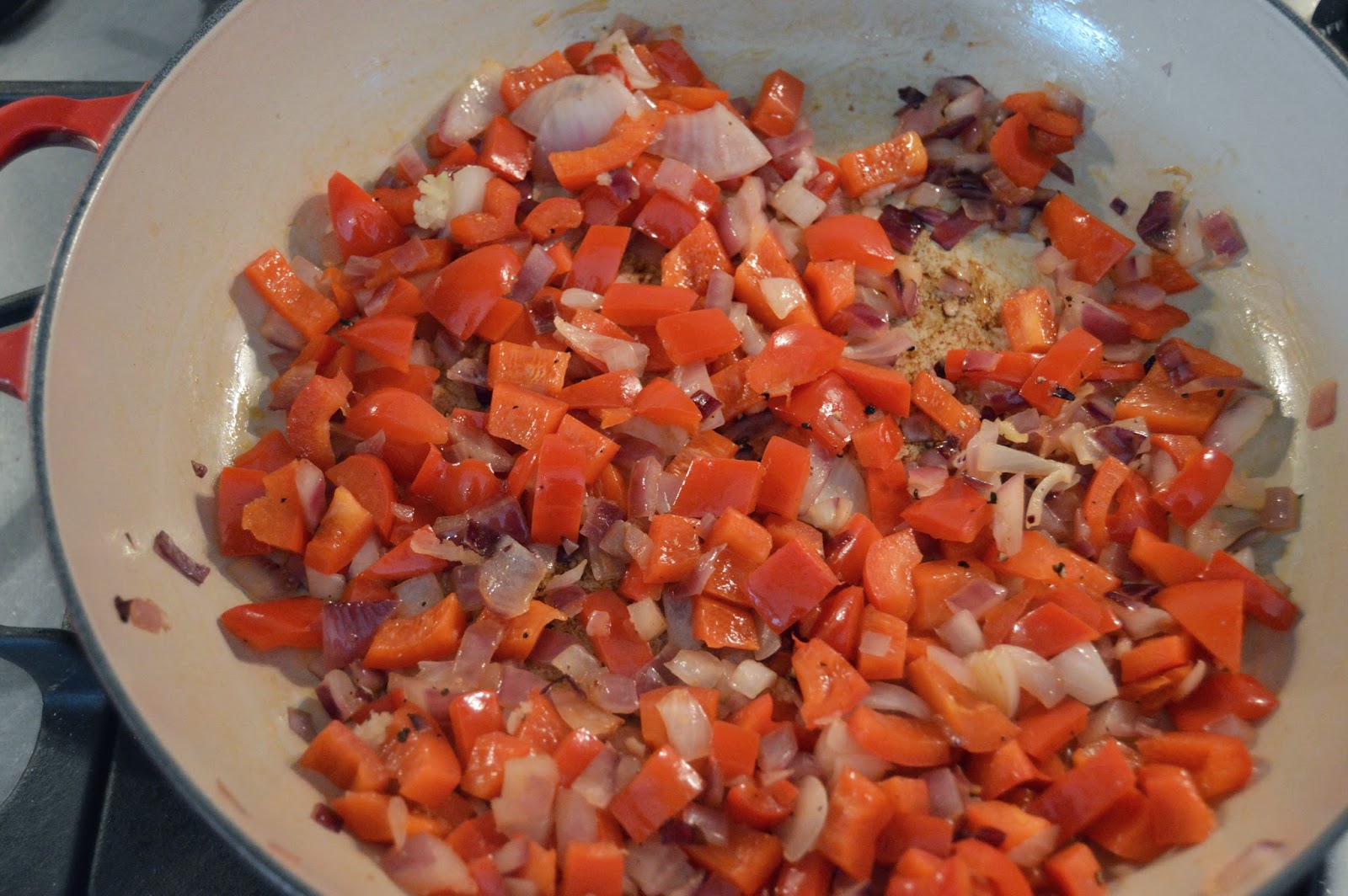 Two teaspoon olive oil, saute the onion for three minutes and then add the pepper and the garlic. 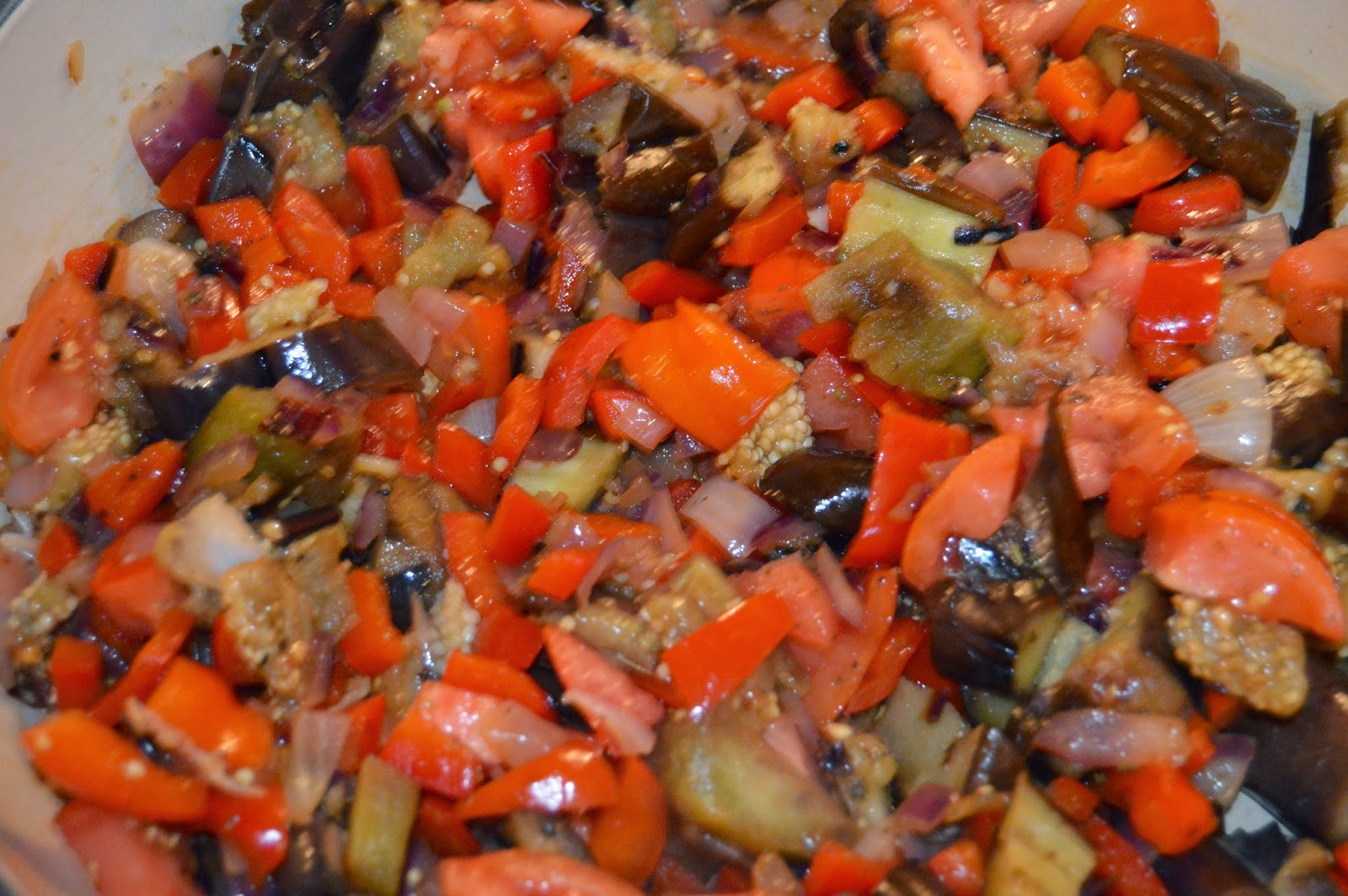 Because my eggplant was grilled, I added the eggplant later with the tomatoes and seasoning. 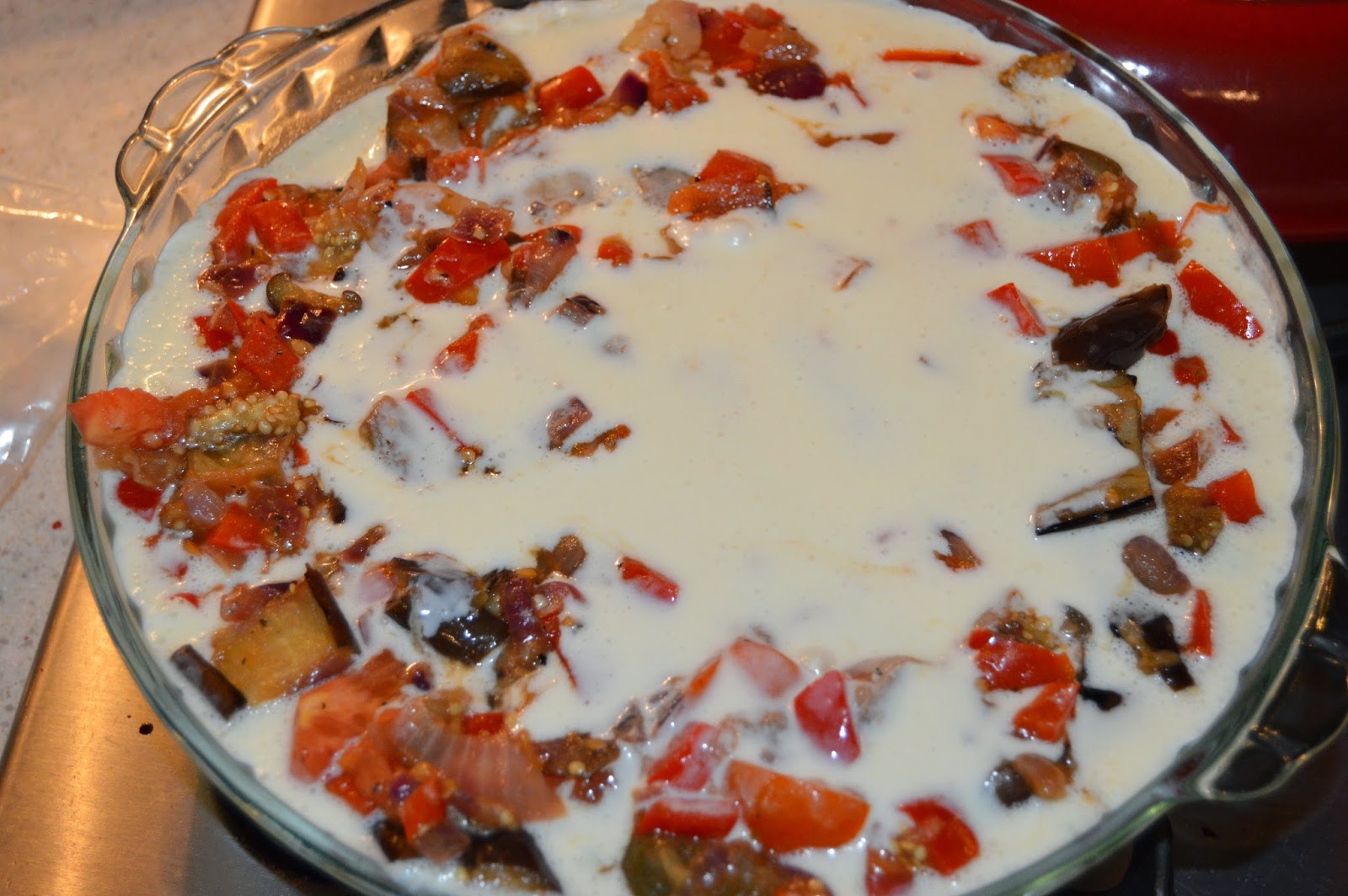 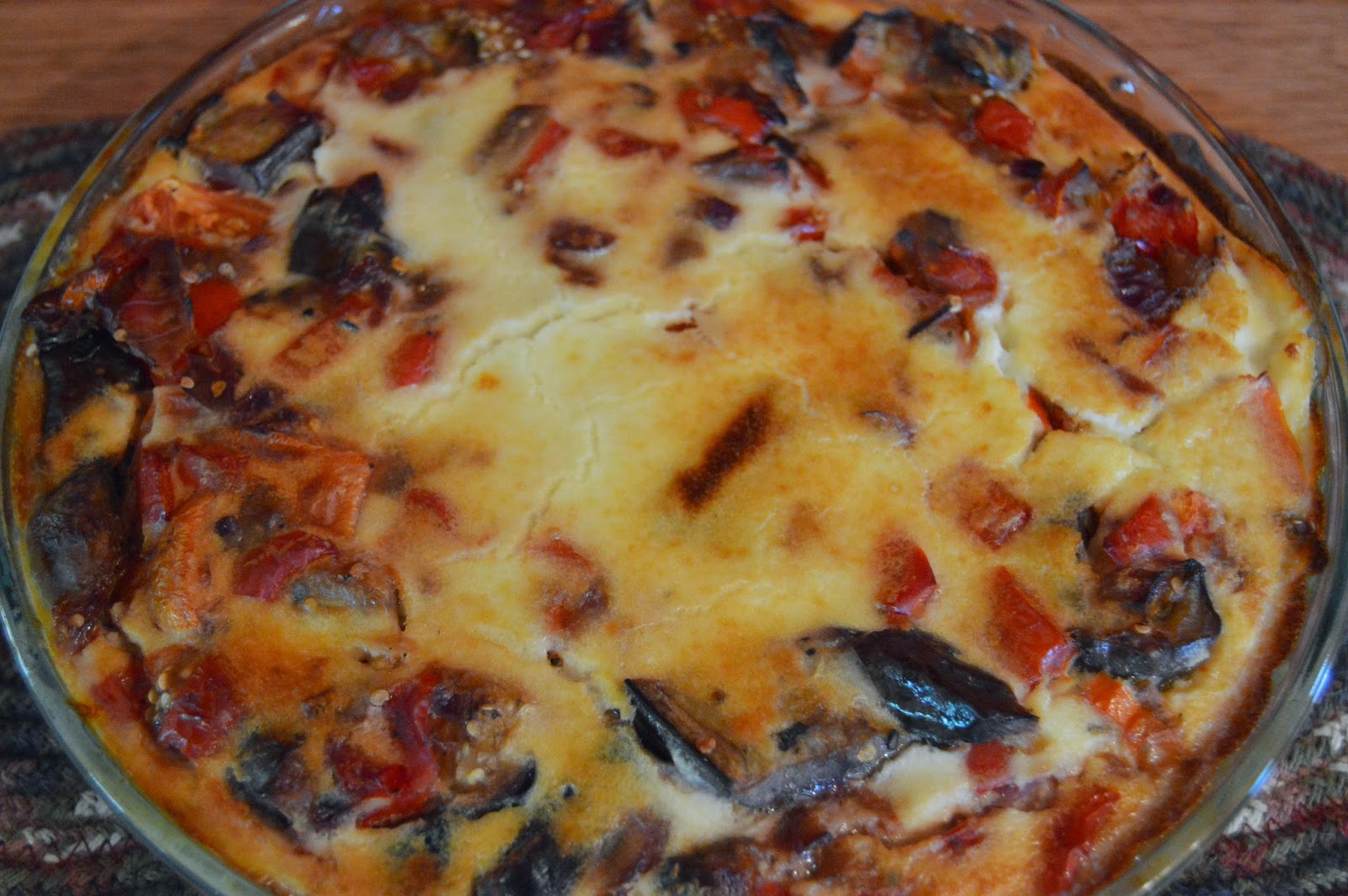 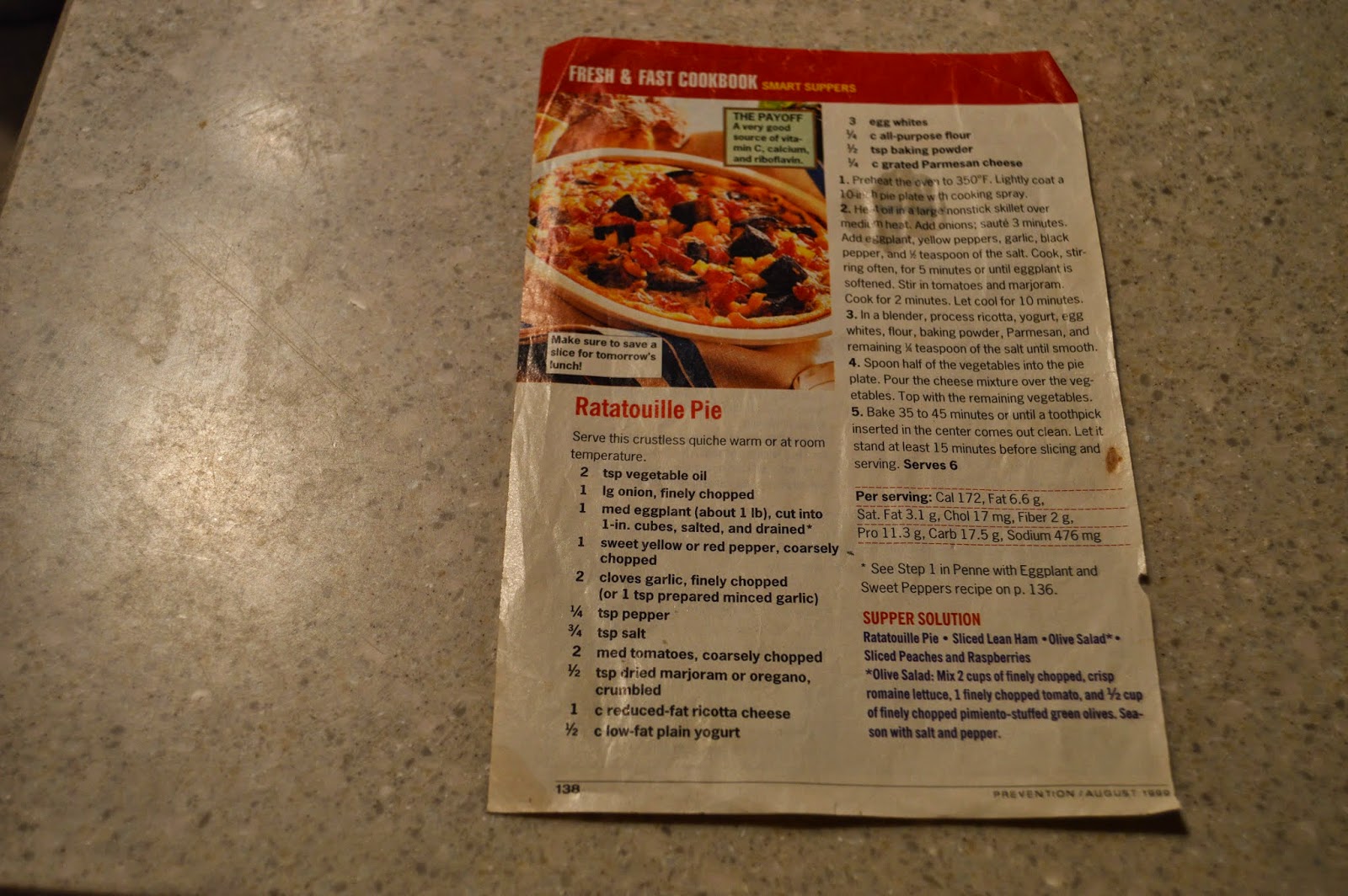