I wanted to publish an entry in celebration of St. Patrick’s Day coming up soon.  I’m a little Irish but not enough Irish to have grown up with recipes handed down from my mother or grandmother.  I can’t remember my mother cooking or baking anything remotely Irish except for maybe boiled potatoes.  I’ve scoured my cookbooks looking for a recipe resembling Irish fare, and I came up empty handed.  I found some cookies made with whiskey but that’s as close as I came. When I voiced my aggravation out-loud, my husband quickly suggested a bread his mother had made for him.  He was so anxious for me to make it, he forwarded a recipe from the internet to me. Ok, dear, I got the hint. Sometimes it takes a pan to fall off its hook and hit me on head to make something obvious, and this is a perfect example.

Whenever I am unfamiliar with a dish, I consult Cook’s Illustrated for a little direction. And of course, they did not disappoint. I have never had Irish Soda Bread, so I have really no idea what’s good and what is traditional, but after testing this recipe, I’m not sure I care.  So much quicker than a bread with yeast, and the taste was of a hearty wheat; crisp on the inside and moist on the inside. With so few ingredients, I never thought this bread was going to have the complexity of taste I require but here it is.

So the bread takes an hour to make(including baking time), and it tastes great; I guess this means I won’t be baking this bread just for St. Patrick’s Day. 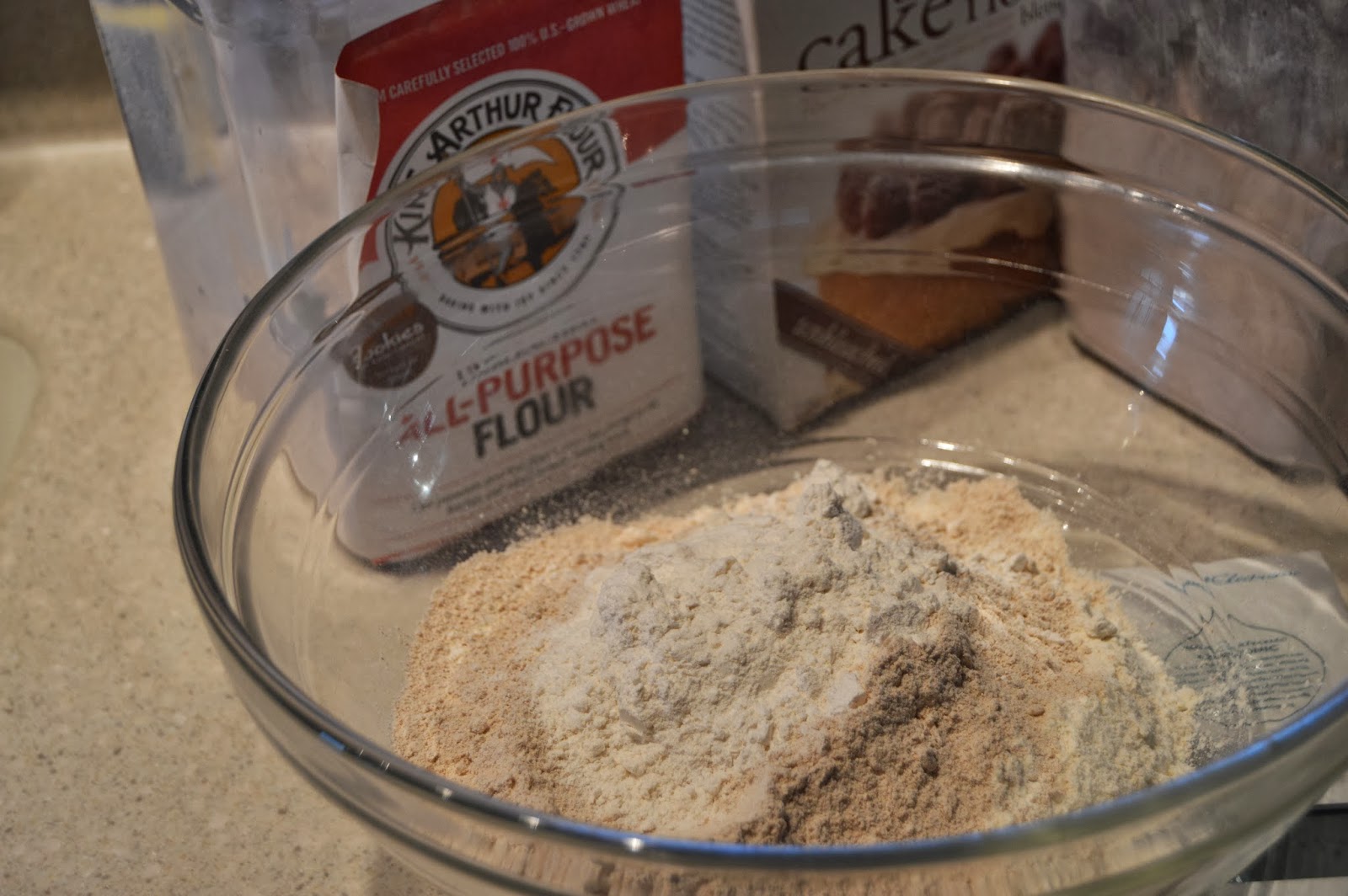 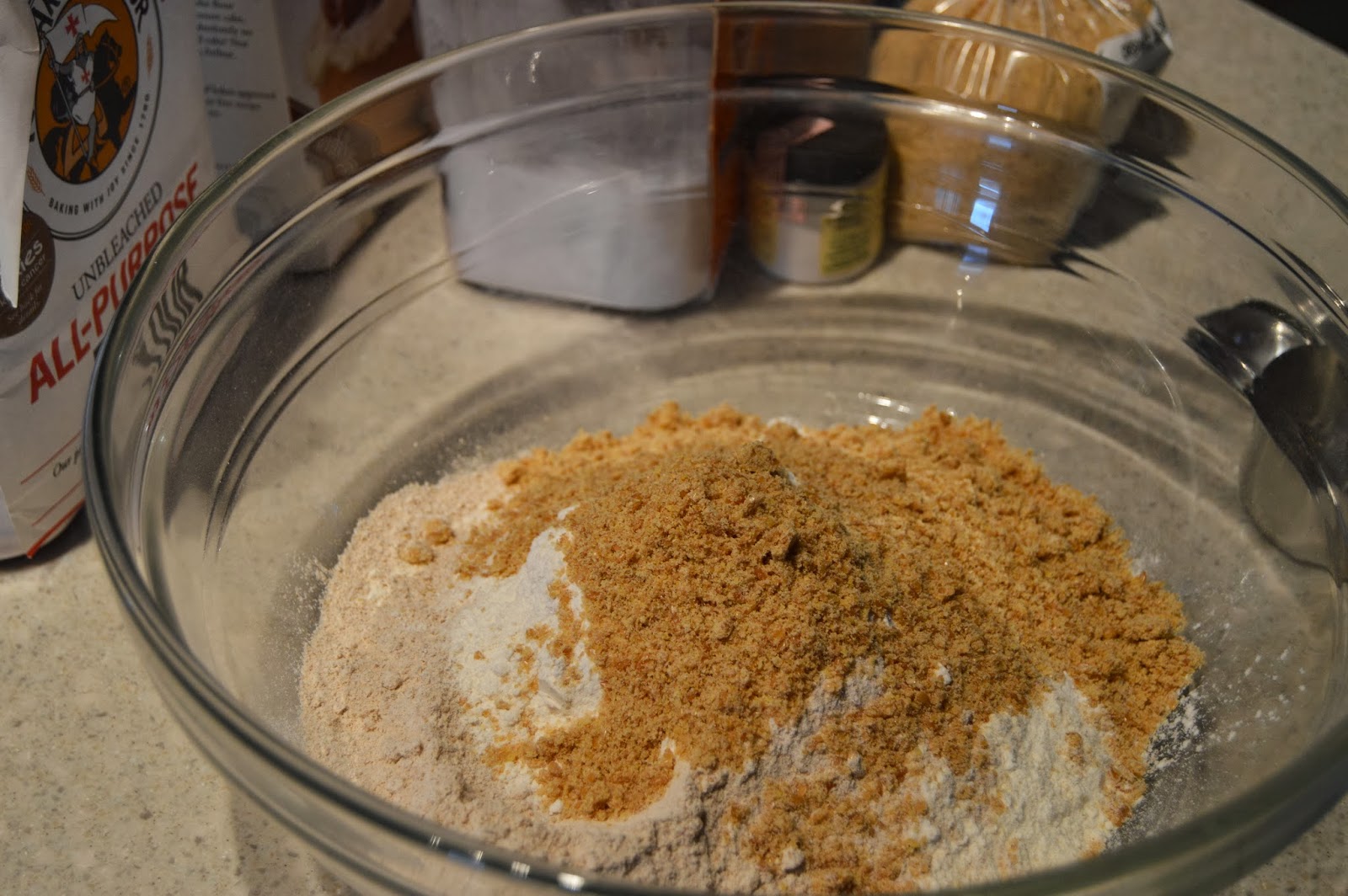 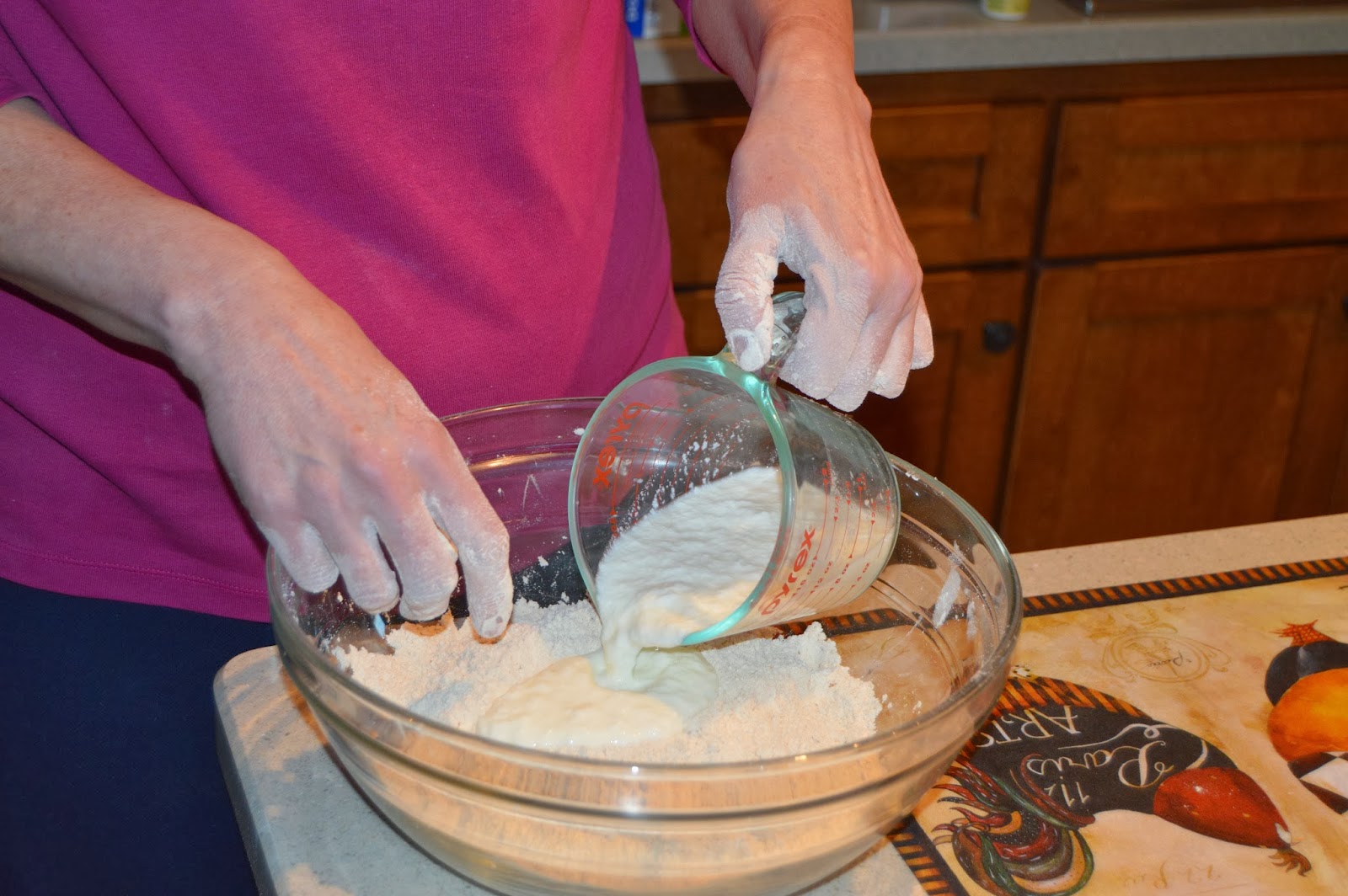 Incorporate the butter into the flour mixture–I used my hands for the heat to help work in the butter.  Make a well in the middle and pour in the buttermilk.  Work the flour and buttermilk(important to use buttermilk and not just regular milk) until fully incorporated. Cook’s recommends a cup and a half of buttermilk, but I added a quarter cup more due to the dryness. 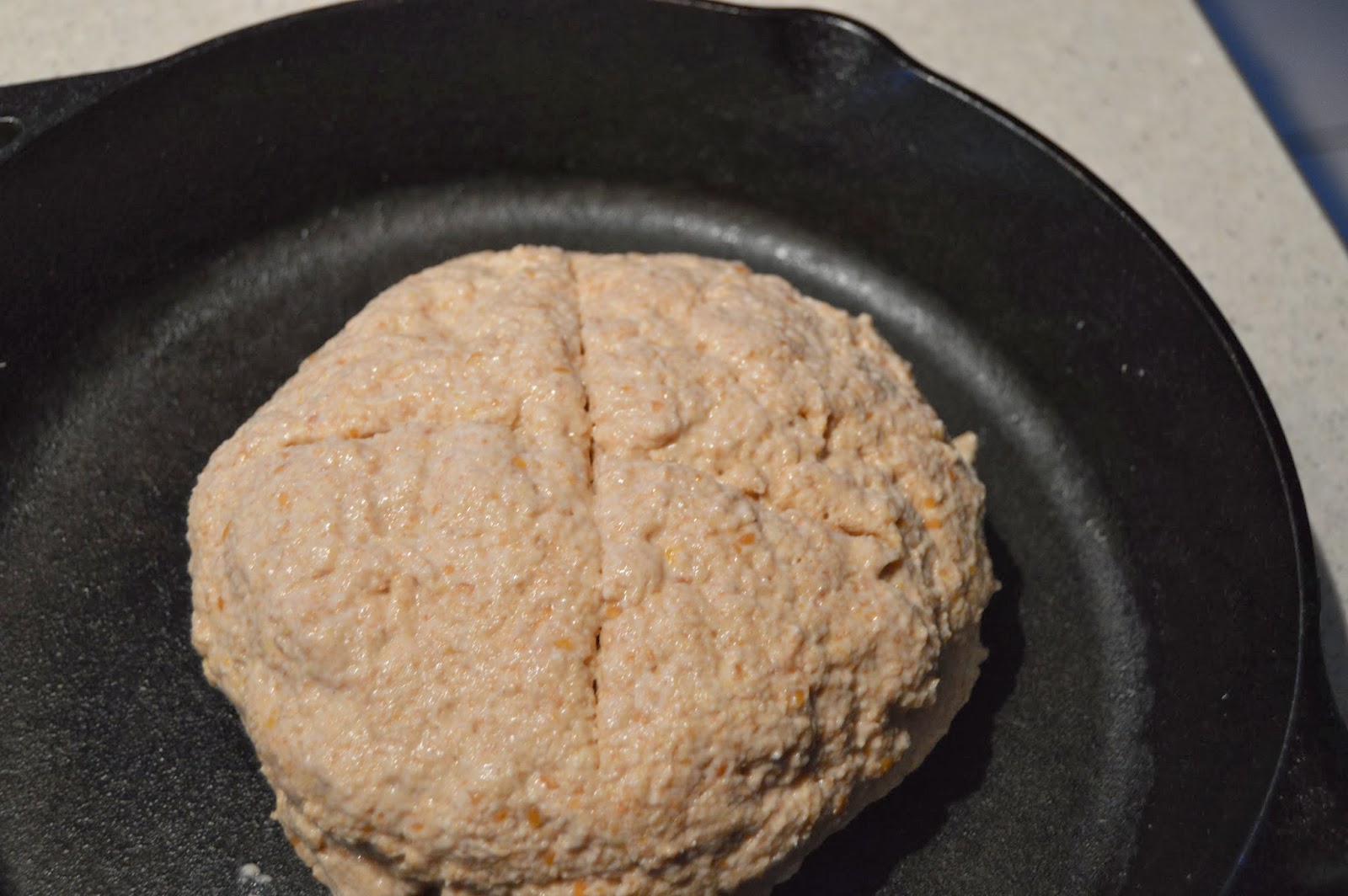 Form into a round loaf and add to the cast iron skillet. Take a sharp knife and cut a shallow “X” on the top(Irish did this to ward of the devil and protect the household).  Bake in a 400 degree oven for 40-45 minutes. 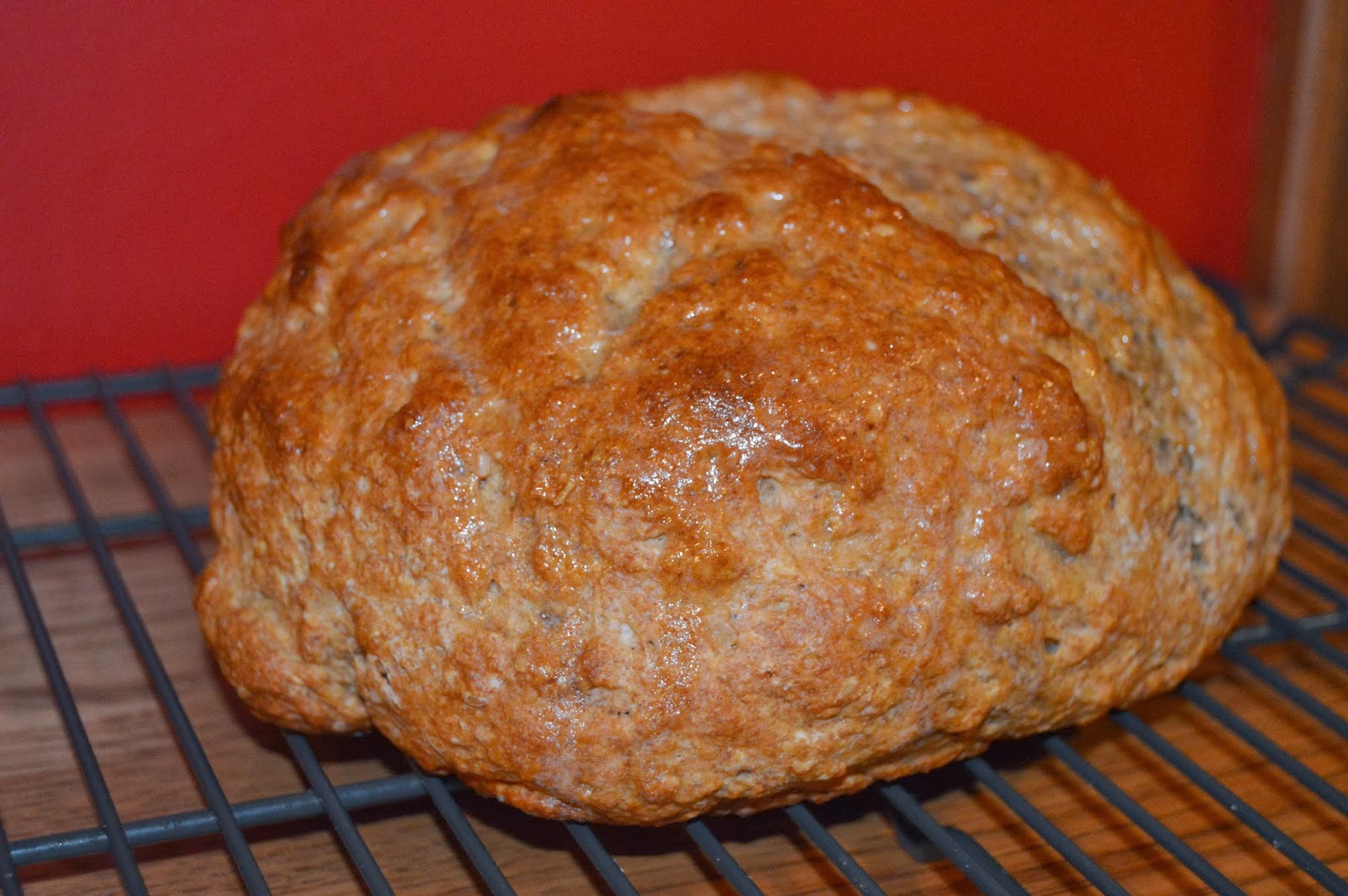 The bread right out of the oven and drizzled with butter. 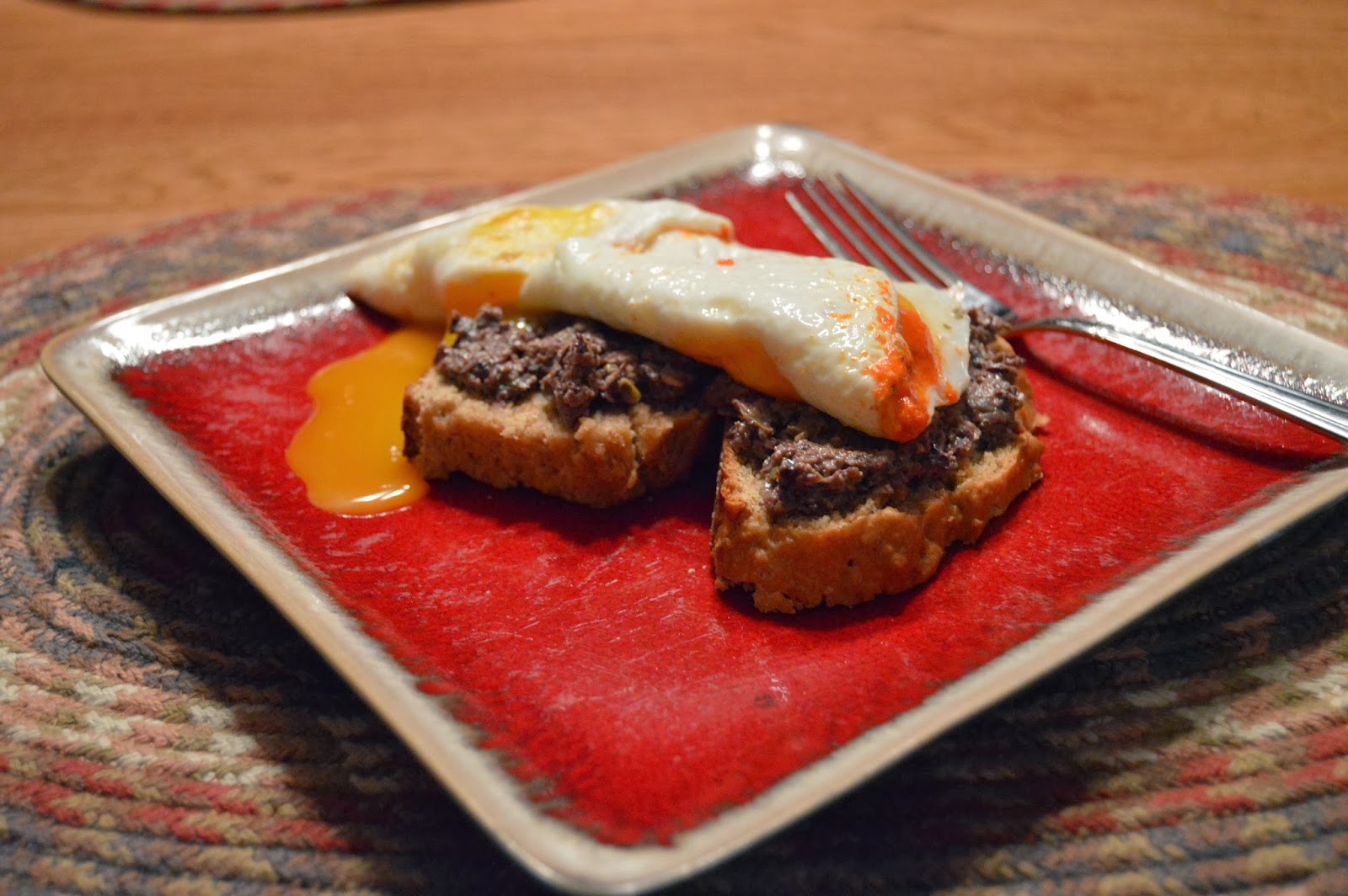 Here’s my dinner: sliced Irish Soda Bread with tapenadeTapenade Blog Entry and eggs from my girls.

The recipe below is taken from  Cooks Illustrated.

If you do not have a cast iron pan the bread can be baked on a baking sheet although the crust won’t be quite as crunchy. Soda bread is best eaten on the day it is baked but does keep well covered and stored at room temperature for a couple of days after which time it will become dry.